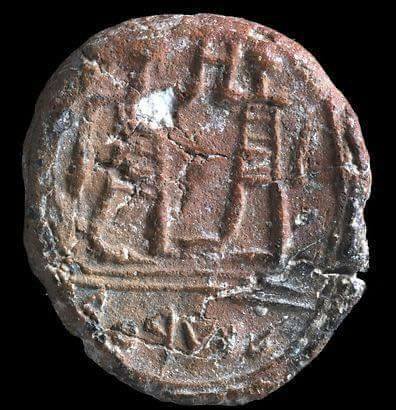 JERUSALEM, ISRAEL—According to a report in Haaretz, a 2,700-year-old seal bearing the mark of the governor of the city of Jerusalem has been discovered under the Western Wall plaza, at a site where a First Temple–period building has been found. The monumental building is thought to have been home to a government official. Shlomit Weksler-Bdolah of the Israel Antiquities Authority (IAA) said it is the first time that such a seal has been found in its archaeological context. In the upper part of the impression on the tiny piece of clay, two figures wearing striped, knee-length garments stand facing each other. “Sari’ir,” which the archaeologists believe is ancient Hebrew for "sar ha'ir," or “governor of the city,” is written in script at the bottom of the seal. Seven other seals found in the house bear writing in ancient Hebrew. One of them depicts an Assyrian-type bowman. Archaeologist Joe Uziel of the IAA said the images would have been pressed into moist clay to seal correspondence. A fire in the city is thought to have baked the seals hard and preserved them. To read about another recent discovery in Israel, go to “Conspicuous Consumption.”