Will Ferrell and Molly Shannon in character as Cord and Tish host the Rose Parade.

LOS ANGELES (Variety.com) – Will Ferrell and Molly Shannon, in character as local TV anchors Cord Hosenbeck and Tish Cattigan, hosted live coverage of Southern California's Rose Parade, which was streamed on Amazon Prime on Monday. The two played eccentric broadcasters who have covered the parade for 25 years, alongside fellow Saturday Night Live alum Tim Meadows, who reported on the parade from the street.

While the broadcast was clearly a parody of classic parade coverage, with Shannon and Ferrell poking fun at the floats and their phony personas, some Amazon users missed the joke. The ratings review of the live stream has a fair amount of one-star comments criticising Cord and Tish, unaware that the duo were in fact famous comedians. The show still earned an average three star rating, despite 40 percent of reviews being one star. 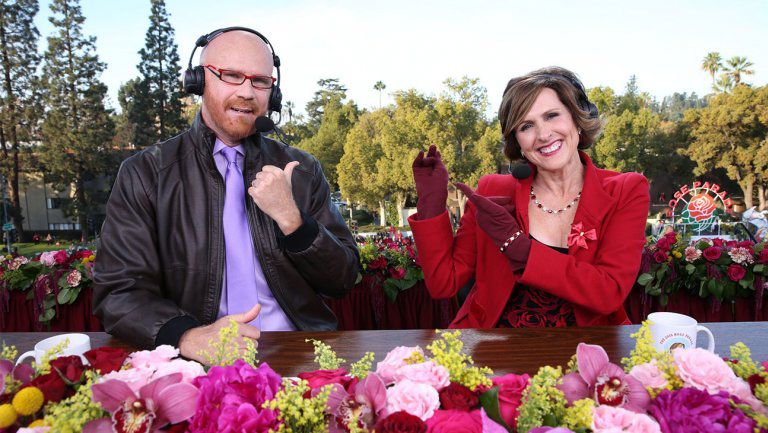 Will Ferrell and Molly Shannon in character covering the Rose Parade

Here are some of the best, worst reviews for the 'The 2018 Rose Parade Hosted by Cord & Tish':

"The hosts were awful not giving any facts about the floats or commenting on wat we were seeing. Instead they were harassing Tim Meadows about his time on Saturday Night Live (something he told them clearly on two separate occasions that he didn't want to discuss)." – Mariel Ralston

"Horrible. I wanted to hear one of the local bands, but the unfunny hoses were babbling some nonsense about omega-3s and salmon…what? It wasn't funny, it was idiots babbling to hear themselves talk. Who are these hosts? Even more telling, when the pony rescue came by dressed in steampunk style, they made fun of them and said 'What's steampunk? I have no idea and am not sure I want to know.' Really? How out of touch are these unfunny fossils?" – Winterlynx

"I love the Rose Parade, but this was the worse hosting that I have ever seen. I turned it off. Cord got too personal and was rude and even cut one of the co-hosts off and dug into an old girlfriend. He should be fired! I tuned in to watch the parade not listen to someone's rudeness and personal garbage." – Justthefax

"The inane conversation, the totally inappropriate comments about the floats and officials, and the extremely poor coverage of the actual parade were very disappointing. I guess I was expecting something like HGTV's coverage….watching this live stream we missed several of the more interesting floats because the commentators were babbling about nonsense… never again will I watch the parade on Amazon…very, very, very disappointed!" – David A. Garrison

"Disappointed!! I was really excited to see this!! And was let down by the stupid, continued banter, back and forth about nothing. Cord ruined it for me!! He is annoying, not funny, and never stops. I was hoping to see more floats!! As we were watching they would have the shot on Cord & Tish, talking about nothing, and behind them floats going by. It was really hard to watch with my kids. We ended up putting it in silent, just to try watching. Disappointed!!!!" – AK7272