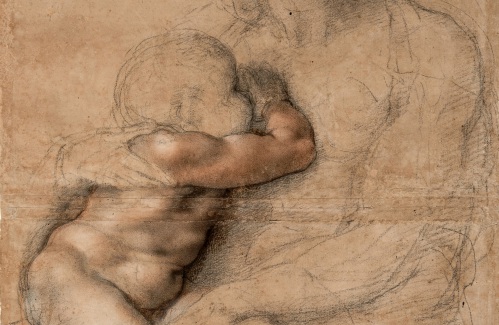 New York — In 1557, the author and art theorist Lodovico Dolce wrote of the great Last Judgment fresco in the Sistine Chapel: “He who sees one single figure by Michelangelo has seen them all.”

For a moment, let’s not dismiss what seems one of the most colossally stupid observations in the history of art criticism. Dolce had an ax to grind and was intimately engaged in the complicated and nasty politics of art and religion in 16th-century Italy.

But critics are often irked as much by an artist’s strengths as by his failings, especially if those strengths seem to inspire too enthusiastic a virtuosity. Dolce had isolated and identified what was distinctive in Michelangelo — his dynamic nude forms, his mastery of foreshortening, his command of musculature — and because the artist did these things so effortlessly and brilliantly, Dolce detected a tendency toward showmanship over substance.

The enraptured crowds flocking to the Metropolitan Museum of Art’s thoroughly absorbing exhibition of Michelangelo drawings aren’t likely to agree with Dolce. “Michelangelo: Divine Draftsman and Designer” gives an overview of the artist that stresses his intellectual range and cross-disciplinary ambition. It brings together 133 of his drawings, three statues, an architectural model, an early painting, his poetry, a reproduction of the Sistine Chapel ceiling and works by artists from his circle to document Michelangelo’s extraordinarily long and rich career (he died in 1564 at the age of 88).

The show finesses the overwhelming challenge of surveying a creator whose greatest work cannot travel, because it was painted for particular places, like the Last Judgment, or is too monumental, like his great David in Florence, or in many cases because it was never finished. Despite these challenges, the Met show leaves one with a profound sense of his range and achievement.

It also leaves one perhaps just a scintilla more sympathetic to Dolce’s criticism. Among other things, the author compared Michelangelo unfavorably with contemporaries, such as Raphael: “I will report what one wit has already said, Michelangelo has painted workers, whereas Raphael only noblemen.”

There are layers upon layers of bias and intrigue in that comment, but also some truth. Michelangelo’s figures ripple with sinewy energy, not just in comparison with the lithe and more decorously displayed figures of Raphael, but in contrast to the classical precedents from antiquity that inspired the artists of his age. His bodies never seem at rest, with muscles tense and flexed even in repose. Sometimes they seem more like maps of the body than any particular, imperfect example of an actual human form.

The gibe about workers vs. noblemen wasn’t just about bodies, however. Michelangelo believed himself descended from noble stock, and his own magnificent rise to acclaim proved that artists could transcend mere craftsmanship and enjoy eminent social standing. He bristled when his nephew sent him a brass measuring ruler, “as if I were a plasterer or a carpenter.” He was, he said, “ashamed to have it in the house and gave it away.”

And yet he was also a maker of things, a man of vigor; artistic work such as the painting of the Sistine Chapel required stamina and strength. In his personal life, he was drawn to young, often aristocratic men, and some of the most compelling drawings in this exhibition suggest that his ideal of beauty tended to favor youthful androgyny and delicate facial structure. Although there were centuries of effort to censor his love for young men, it was well known at the time, and there was doubtless some malign insinuation in Dolce’s comment about workers vs. noblemen.

Michelangelo’s sense of the body had implications beyond the drawings he committed to paper, or the statues he chiseled from stone. There were theological and perhaps even architectural ideas embodied in his figures. Dolce wasn’t alone in his anxiety about the Sistine Chapel figures, which were criticized for an excess of nudity, and for seemingly small details, such as Christ’s beardless face.

The Christ dispensing justice in the Last Judgment is not the Christ of the crucifixion, nor the Christ of centuries of iconic depictions that preceded Michelangelo. He has an elegant face, without a beard, attached to a body that has the massive, martial solidity of an idealized Roman emperor. In a drawing borrowed from the Royal Collection of Queen Elizabeth II, the Risen Christ is also beardless, and seems not so much resurrected as explosively casting off restraint, precedent and even religious stricture. There is an exuberant impatience and physicality to his figure that is difficult to contain within a conventional understanding of Christianity.

In a room of architectural renderings, one sees a curious fusion between the human and human-designed environment. Building facades grow more erect and vertical, as if the iconic David has barked at them: Stand up straight. Statues that would ordinarily be mere ornament tucked into niches or deployed along roof lines take on a weight and force as great or even greater than the architectural elements of the facade. Elongation and profound strength define both bodies and architecture. Even his architecture seems incapable of relaxation. Everything is alert and tense and ready for action.

Some of the earliest drawings in the show see the artist recasting the work of earlier artists on his own terms. In one drawing, he remakes two shamed and grieving figures, Adam and Eve from a fresco by Masaccio. In Michelangelo’s hands, they become not only more robust, but sculptural, with a definite sense of physical space between them.

Michelangelo was quick to make his mark on the world, and he was widely acclaimed and in demand throughout his lifetime. The exhibition covers not only the apprentice works but also designs made in collaboration with other artists after he had become one of the most revered men of his age. It also includes representations of Michelangelo by other artists, including a portrait by Federico Zuccaro that renders him in the guise of his own sculpture of Moses, bare-armed, physically powerful and with the tools of his various trades gathered around him.

Among the highlights of the exhibition is Bastiano da Sangallo’s copy of a design for an unrealized mural known as the Battle of Cascina. Michelangelo never painted the actual fresco, but his plan for it was an inspiration to other artists of his day. It was, some said, a kind of school for design, a world of inspiration for other painters interested in rendering the body in all its forms and poses and attitudes. Yet no one would mistake Bastiano’s copy for anything by Michelangelo. Among its failings is the very problem Dolce claimed to see in the Sistine Chapel figures: The bodies do indeed seem too much alike.

The crux of Dolce’s criticism of Michelangelo is that the artist was somehow just a little coarse, attracted to coarse bodies and tempted to display a vulgar virtuosity over a refined aesthetic reticence. These aren’t terms we use much anymore, but after several hours with these magnificent drawings you can understand if not sympathize with Dolce’s unease.

When he looked at Michelangelo’s work, he saw something like the imperfect caricature embodied in Bastiano’s copy of it. Very likely, he also sensed that Michelangelo had detonated something overwhelmingly powerful in the visual arts, an energy and eroticism that lesser artists would struggle to contain for centuries thereafter.

“Michelangelo: Divine Draftsman and Designer” is on view at the Metropolitan Museum of Art in New York through Feb. 12. For more information, visit www.metmuseum.org.