The ancient remains of an infant girl discovered in Alaska's interior Tanana River Valley in 2013 are the unexpected evidence of what is likely North America's first Indigenous people — a population predating and genetically distinct from now dominant Indigenous North American populations.

Scientists call them the Ancient Beringians.

Researchers say this is the first genomic evidence that all Indigenous North Americans can be traced back to a migration approximately 20,000 years ago across the Bering land bridge that once connected Asia and North America in what is now the Bering Strait.

That's according to a paper published Jan.3 in the prestigious science journal Nature. Part of the research is based on a genetic analysis of some of the girl's remains. The full genome of the girl was recently sequenced, and the results shocked researchers. 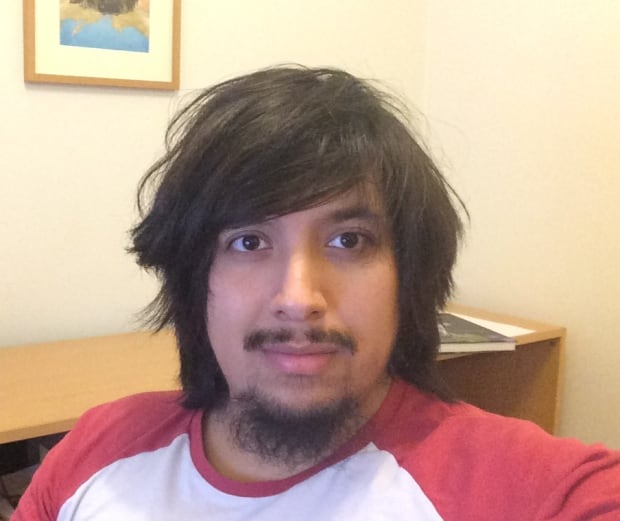 "We never expected the Upward Sun Child to be a representative of a Native American population completely different than we knew beforehand," said Victor Moreno Mayar, one of the article's lead authors and a researcher at the Centre for GeoGenetics at the Natural History Museum of Denmark.

"Most Native Americans are members of two very distinct branches … northern and southern. We were expecting USR1 to be part of either of these ones."

The implications are far reaching. While the use of the land bridge as a corridor between Asia and North America is widely accepted, the details of the earliest people who crossed that bridge, and their relation to modern Indigenous North Americans has been the topic of much debate, according to Morena Mayar.

This was largely because little was known of the genetics of these earliest North Americans.

"By having this information we [are] able — maybe not to answer definitely many of the questions about the origin of Native Americans — but we learned a great deal about the story of the very early Native Americans," Moreno Mayar said.

"When did Native Americans come into the picture? When were they formed, genetically speaking?" Moreno Mayar asked.

Ben Potter, a lead co-author on the the paper and a professor of anthropology at the University of Fairbanks, Alaska, is the principal investigator on the Upward Sun River archeological site. 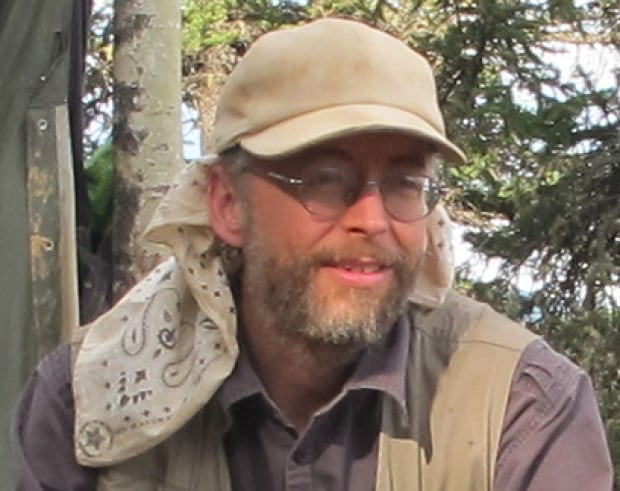 Ben Potter, the head of the department of anthropology at the University of Alaska, Fairbanks, was lead archeologist at the Upward Sun River dig. (Submitted by Ben Potter)

"What we report in Nature is the discovery of a new, hitherto unknown ancient population of Native Americans, in particular one that split off or diverged from the ancestral Native American lineage earlier than any other," Potter said. 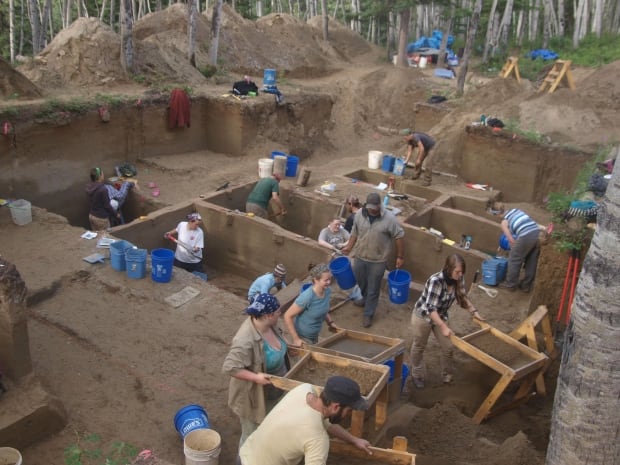 "We knew there were these two really deep basal lineages for Native Americans, but we had no idea until this paper had been published that we had an earlier group that split off even prior to that."

What happened to the Ancient Beringians is not known. Potter said there is evidence to support the idea that they were either displaced or absorbed by the emerging Athabaskan (Dene) population in the North about five or six thousand years ago.

Potter has spent his 20-year career working with the Indigenous people of the area to better understand the pre-history of the region. He says this new research really only opens the door to more study of the new population, and how it may have interacted with ancestors of modern-day Athabaskan, Dene and Inuit populations.

He says the archeological work done at the site — for more than 10 years now — and the recent genetic results confirm the resilience of the people who have continuously inhabited the land for thousands of years. 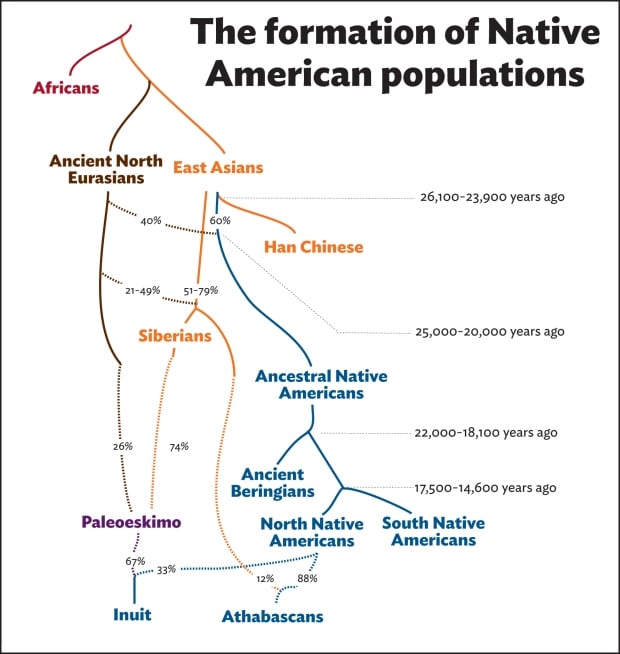 This flow chart shows the timeline and genetic ancestry for the historical populating of North America. (Submitted by Ben Potter)

"It shows the complexity of the peopling process and really shows, in my opinion, the very long-term and successful adaptations that people had in the Far North," Potter said.

"Rather that being just a small region that people traversed as they went south, this is actually a very productive environment people adapted to very early on and were able to adapt to for thousands of years."

For example, Potter said evidence shows people on the land were harvesting salmon in a time reaching back to the last ice age.

"They were using caribou and salmon and these resources are still very important to Indigenous people," Potter said.

The future of the Sunrise Girl-Child's remains, as well as other less well preserved remains, will be determined in consultation with the Healy Lake band, the nearest Indigenous community to the excavation site, Potter said.