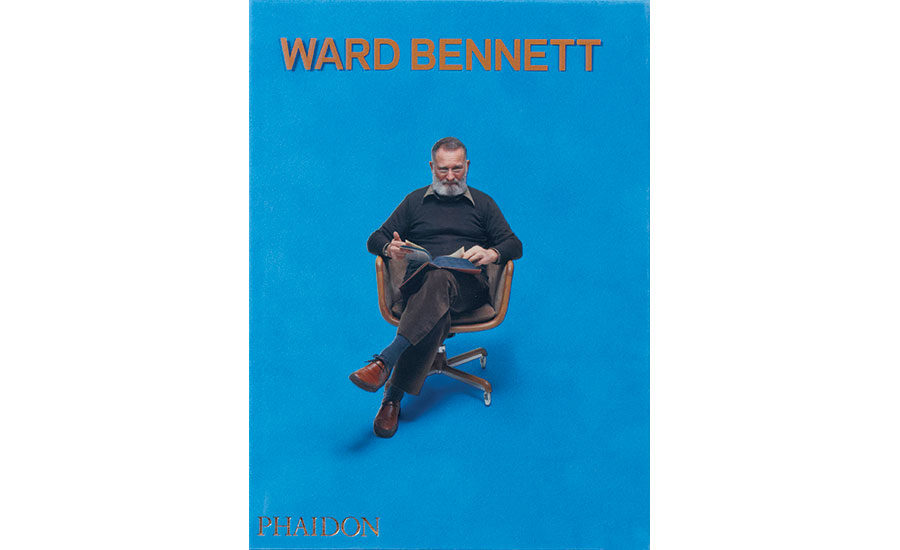 This well-documented testament to Ward Bennett’s power as a designer is also a uniquely American success story. Edited by Elizabeth Beer and Brian Janusiak, the book, which explores the 50-year career of this autodidact, includes a philosophically sympatico foreword by designer John Pawson; a substantive biographical essay by Pilar Viladas, former design editor for The New York Times; and a 1973 interview with Paul Cummings, then-director of the Archives of American Art’s oral history project. The monograph is the first to chronicle Bennett’s prolific creative output, ranging from fashion, jewelry, and flatware to furniture, interiors, and architecture.

Readers unfamiliar with Ward Bennett’s name will quickly recognize his furniture as exemplary of a sleek, postwar modern style: his Tufted Lounge chair, Scissor chair, I-Beam tables, and H-Frame storage are all still produced by Herman Miller. His understated aesthetic included the University Chair, made for the LBJ Presidential Library in Austin. Famous for their clean, functional elegance, these designs are still being rediscovered by creative directors at such places as Bottega Veneta and Tiffany & Co.

The son of a vaudeville actor from Washington Heights in New York, Bennett described his childhood as unhappy. Yet he led a colorful life. After leaving home and school at age 13, he worked in a series of odd jobs around Manhattan’s garment district until his skills at sketching helped him rise through the ranks at various fashion houses, one of which sent him to the Paris shows at age 16 and marketed him as a designer. When he returned to the States, he was affecting a British accent and wearing a moustache, ready to launch the next phases of his design career. Bennett soon returned to Europe, where he studied art for several years. By the 1940s, the cosmopolitan New Yorker was creating window displays for shops such as Hattie Carnegie. In 1944, his sculptures were shown at the Whitney Annual, and, two years later, his jewelry was exhibited at the Museum of Modern Art, where his vases and flatware are now part of the permanent collection.

Viladas points out that, despite such early recognition, Bennett worried throughout his life, as friends recall, about how others saw him. But that did not stop him from branching out into new design endeavors. Although he did not have an architecture degree, he designed a large house for Hale Allen in Amagansett, New York, in 1970, which he later renovated for Rolling Stone magazine publisher Jann Wenner. Wenner’s ex-wife Jane became a close friend and repeat client and still owns the house.

One of the designer’s most successful works of architecture was his own summer house in the Springs area of East Hampton, Long Island. Bennett built it in 1968 in a Miesian, wood vernacular. He later moved to Key West, Florida, where he died, at age 86.

Though his aesthetic was minimalist, Bennett had a theatrical side, revealed by an image in the book of him shown dramatically swirling a wool felt cape for an advertising photo; the reference to the cape-wearing Frank Lloyd Wright, whom he admired, cannot be missed. While Bennett is much less well-known than his idol, Beer and Janusiak want to lift the designer from the shadows. They write, “We have long thought this book should’ve already existed.”