Home World Canada Canada can learn a lot from California as it prepares for marijuana... 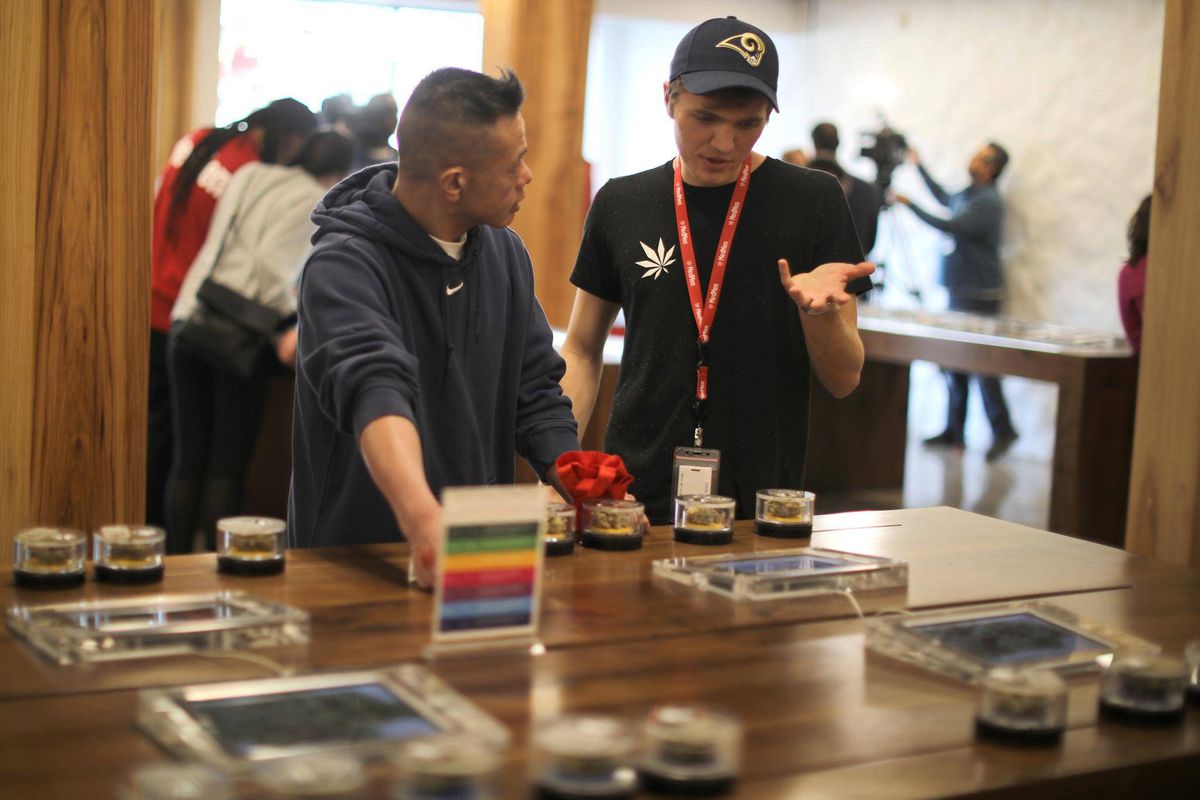 On New Year's Eve, some Californians raised flaming joints in lieu of the traditional champagne toast – a fitting gesture given that Jan. 1 marked the launch of the world's largest legal commercial market for cannabis.

Canada can learn a lot from California's experiences as we prepare for cannabis legalization on July 1, even though the respective jurisdictions have as many similarities as differences in the way they are approaching the end of pot prohibition.

Cannabis remains illegal under U.S. federal law, so states have to tap-dance a bit around that reality. (Recreational marijuana is already legal in five other states, and medical marijuana in 30 states.) In Canada, cannabis will be legal from coast to coast.

In California, a person over 21 can buy up to one ounce of cannabis at a time, and grow up to six plants for personal use. Depending on the province, the legal age will be 18 or 19 in Canada, and a similar amount, 25-30 grams, can be purchased and up to four plants grown.

While California's legalization has got a lot of media attention, the state has granted only 49 retail licenses so far. Furthermore, only six cities have allowed cannabis stores to operate, while more than 300 have blocked non-medicinal sales.

This is a reminder that municipalities can – and will – throw a wrench into plans for retail stores, despite federal and provincial laws. The price of legal marijuana – the taxes in particular – is a big issue.

California has imposed an excise tax of 15 per cent on legal cannabis, in addition to state and local sales taxes (from which medical users are exempt), and cultivation taxes on producers.

Practically, that means the in-store price – about $50, similar to the street value – of an eighth-ounce (3.5 grams) of top-quality product will reach $65 after taxes. Canada is looking at a minimum price of $8 to $10 per gram, plus a $1 per gram excise tax and federal and provincial sales taxes. High-end products will be pricier, about $15 a gram, which means Canadians will pay slightly less for cannabis than Californians, including lower taxes.

Canada will have a mix of publicly owned and privately run retail cannabis outlets. In California, it's all about private enterprise, although priority for licenses is going to the "non-profit collectives" that have been able to sell medical marijuana legally since 1996.

Allowing existing outlets to expand beyond the medicinal market to the recreational one will give California a smoother transition to legalization.

By contrast, some provinces, like Ontario, have declared war on dispensaries. That will benefit state-run cannabis stores, but not consumers, especially younger ones, who will be driven by the cost and lack of selection to the black market.

In fact, the most important lessons Canada can take from California revolve around how to cater to consumers of cannabis.

The cannabis stores that have opened in recent days all have one thing in common: They look more like Apple stores than head shops.

"Bud-keepers" in crisp uniforms tend to consumers, who shop for products principally by choosing from a menu displayed on an iPad. Some stores have "bud-pods" – sealed sample jars that allow customers to sniff the merchandise. They also offer home delivery.

In Canada, the planned outlets – public and private – seem a lot more puritanical, with products hidden in locked cases and nothing as radical as home delivery allowed (unless you buy online.)

In the early days of cannabis legalization in California, stores are reporting that, in addition to the flowers, buds and oils that are smoked or vaped, consumers are gravitating towards edibles like candies and honey, vapour pens, and topical lotions.

One of the big flaws in Canada's regime is the delay in the legalization of edibles.

Customers in California's new retail outlets are proving to be middle-aged or older – baby boomers – a reminder that those drawn to mainstream stores want to buy pot without risk of legal entanglements, and they tend to be less price-sensitive.

With legalization, Canadian law will finally catch up with culture. The next step is for our prohibitionist-minded legislators to allow the retail environment to meet consumer demand and expectations.

How many COVID-19 vaccines can Ontario administer per day? We did the math

Your free speech is at risk with Ottawa’s push to regulate online content, experts warn. Here’s why.