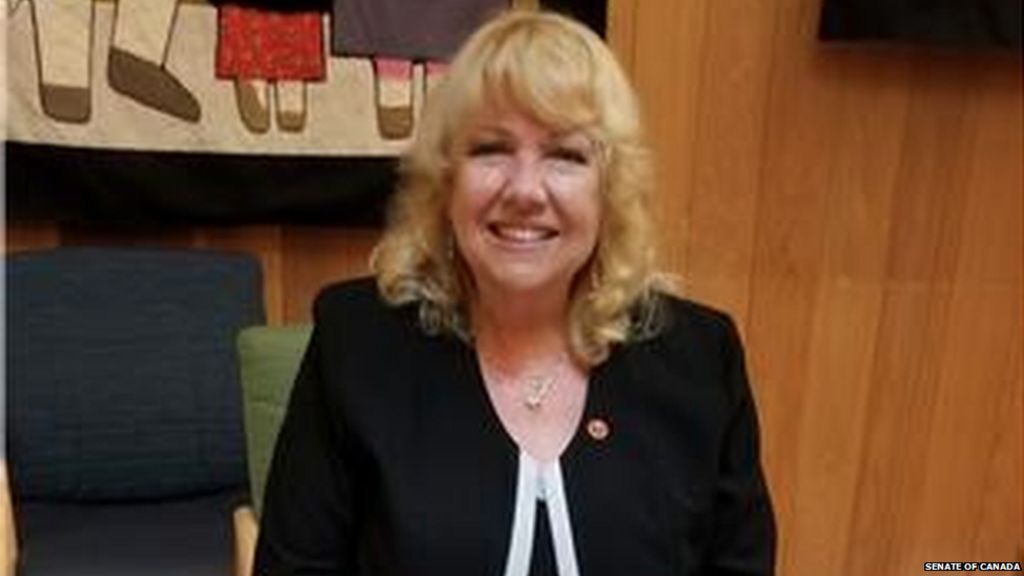 Canadian senator Lynn Beyak has been removed from the Conservative Party's caucus months after inflammatory remarks about indigenous people.

Mrs Beyak has been criticised over the past year for various comments. She posted online letters from supporters who called indigenous people lazy.

In Canada, senators keep their jobs until they turn 75 and so she will retain voting privileges in Parliament.

She said reports on the abuse only focused on the bad and ignored "the good" aspects of the "well-intentioned" institutions.

Her comments immediately provoked an outcry from indigenous leaders and other Canadians, and many called on her to resign.

In response, she published "letters of support" on her official Senate website from Canadians who agreed with her statements.

"I'm no anthropologist but it seems every opportunistic culture, subsistence hunter/gatherers seeks to get what they can for no effort," says one letter from a supporter dated 30 March.

"There is always a clash between industrial/organized farming culture that values effort as opposed to a culture that will sit and wait until the government gives them stuff."

Mr Scheer said that when the supporter's comments – which had been up since March – came to his attention on Tuesday, he asked her to remove them from her website.

When she refused, he and the Conservative Senate leader decided to remove her from caucus.

"To suggest that indigenous Canadians are lazy compared to other Canadians, is simply racist."

Many have criticised Mr Scheer for not acting sooner.

Tasked with trying to topple Justin Trudeau's progressive government in 2019, he has tried to portray the Conservative Party as tolerant and open to all.