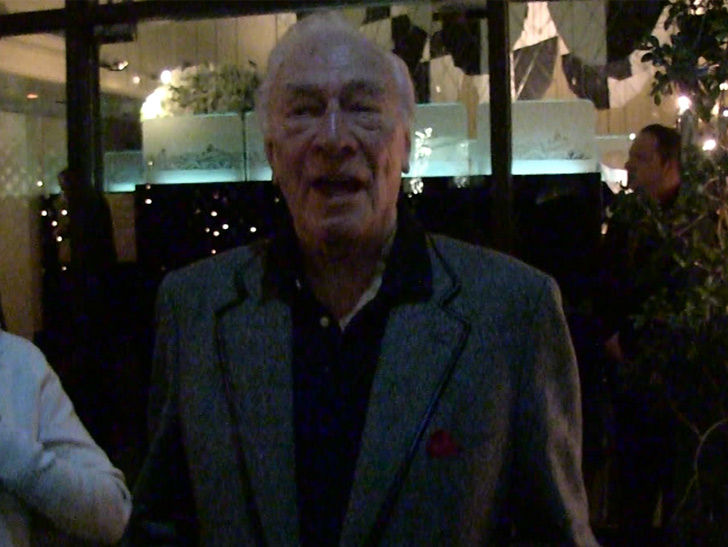 Christopher Plummer has ice water in his veins when it comes to nailing a role — which is why he says stepping in for Kevin Spacey in "All the Money in the World" was simple … for him.

The acting legend was leaving Mr. Chow Friday night when we asked him how he pulled off shooting more than 20 scenes in 9 days … with very little advance notice. His answer was basically — ain't nothing but a thang. Except way more British and classy.

You'll recall, director Ridley Scott made the 11th hour decision to scrub Spacey after rape accusations surfaced, and he tapped CP for the role.

Plummer's already earned a Golden Globe nomination. You can see why in this clip. In the end, the movie's release was only pushed back 3 days … to Christmas day.