The third and final instalment of the Fifty Shades of Grey trilogy is set to be released on Valentine's Day.

And fans already can't wait after the steamy new trailer has dropped.

The pair are seen going on lavish trips together and up to more of their infamous steamy antics.

This includes more of Christian red room of pain and pleasure, of course. 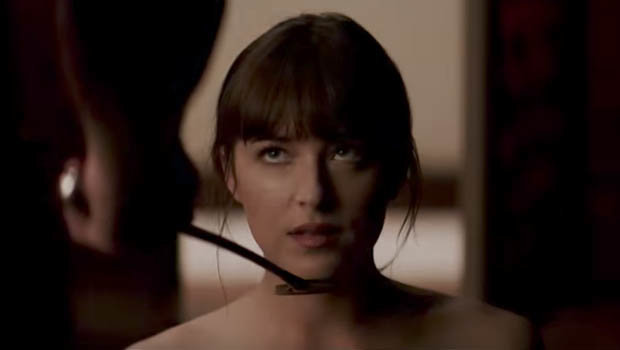 HOT STUFF: Anastasia and Christian are back to their old tricks in the new film 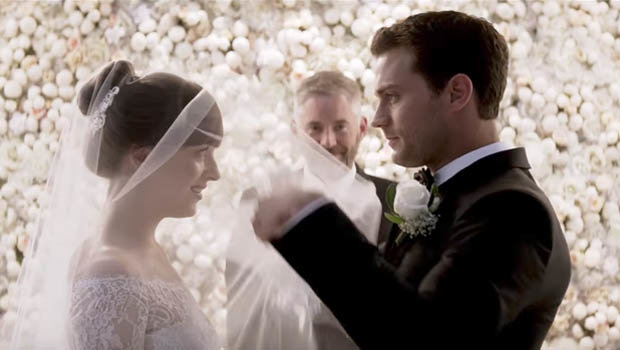 WEDDED BLISS: The couple are seen getting married at the start of the trailer

Obviously this consists the usual props of whips, blindfolds and a lot of bare flesh.

There is also a steamy shower scene as well as a very Daniel Craig as Bond-inspired clip as Christian walks out of the sea ins some blue swimming shorts with his six-pack of full diaplay.

However, things don't go totally to plan for the newly weds.

Anastasia is seen losing her cool as a gorgeous blonde architect named Gia (Arielle Kebbel) flirts with her hubby.

The fiery brunette even is seen asking Christian if he's cheated on her Gia. 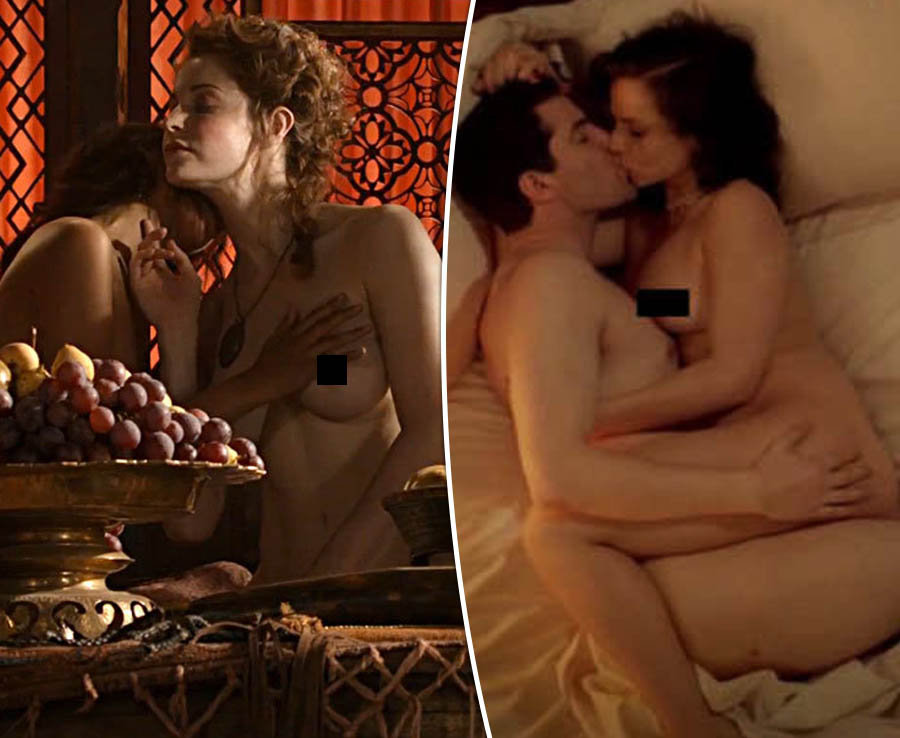 Even worse than that though, Jack Hyde (Eric Johnson), Anastasia's former boss, comes back for revenge on the pair after he was fired.

This ends in a kidnap scene and gunshots being fired left right and centre.

Will this be the end of Anastasia and Christian's romance for good?

This ends in a kidnap scene and gunshots being fired left right and centre.

Will this be the end of Anastasia and Christian's romance for good?

Fans were loving the trailer, judging by their comments on YouTube.

One exclaimed: "My body is ready."

While another added: "Urgh, I cant wait. I just did Fifty Shades marathon last night."

A third continued: "Have never watched any of these movies but BITCH THIS TRAILER MAKES ME WANT TO WATCH!

Fifty Shades Freed will be in UK cinemas from February 9, 2018.