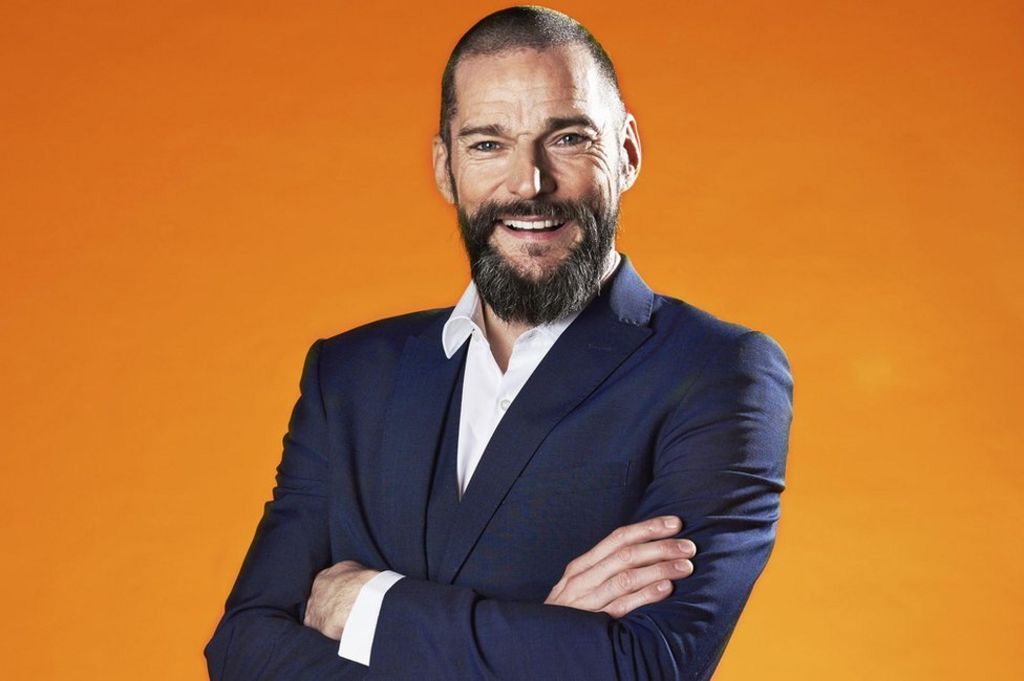 Meet Fred Sirieix, known to many as just Fred.

The match-making show sees singletons venture into the Paternoster Chop House in central London to share a meal with a blind date chosen by the show's producers.

And we, flies on the wall, watch how as the food flows and the romantic sparks fly (or not, as is often the case).

Yes, First Dates is one of a number of love-seeking programmes (think Dinner Date, Love Island, Street Mate and Blind Date) and falls into the oft-derided category of "reality TV".

But this show has heart.

Participants are treated with respect. The waiting staff talk to them as friends. There is no sarky voiceover. Cameras are rigged discreetly to walls. The atmosphere is chilled with the other diners being "real".

And we get to know them as they open up away from the table, often with moving stories of what's led them to the show.

"It's all about giving a great experience and making people happy," says Fred of all he and the show aim to do. "My motto is 'enjoy life, learn everyday and make a difference'.

"One beautiful girl wanted to take part because she found things very hard due to her bad depressions. People couldn't see her for who she really was. But I said if you can't take people across their whole spectrum there can be no relationship."

Fred's commitment to First Dates arguably elevates the show above its contenders. It's also helped make it a huge success – the show is now in its ninth series.

What's more, it's spawned a spin-off show, First Dates Hotel, the second series of which begins next week.

Fred, with his smile, winning accent and suave apparel, is the daters' first point of contact, at the restaurant and hotel.

And the man from Limoges is adamant his approach makes a difference.

"The first thing they all say when they arrive is they are nervous. The job is to make them feel secure," he says.

"Many won't have been on a date before. Others are still trying after 70 or more failed attempts. Being on camera is daunting but suddenly they forget and get on with it. It's fascinating."

Fred's also convinced his shows serve a valuable purpose – and people do not just want to be on TV.

The rigorous application process – a probing form followed by more in-person quizzing from producers – would suggest the seriousness of those taking part.

"You know, they believe we will find them 'the one'. It's what we're all about," says Fred. "It's our vision, our raison d'etre. And they know it can happen as we've done it before – on both shows."

Moreover, social media has made old-fashioned dating – such as meeting someone in a bar or pub, as he used to do – almost an anachronism, he says.

"People are addicted to [social media]. It's made them far too impatient. They swipe and swipe through image after image but it's always a case of finding someone else, someone better. It's crazy."

The recent First Dates Christmas special highlighted the show's success. It announced more than 80 couples had found love there in the past year. One success story, Ibiba and Aarron, even came back to introduce their baby girl Aziza.

"I held her in my arms and thought, 'Wow, this is real!' Can you believe it?" says Fred, busting with pride.

"Love is the greatest gift."

If altruism is truly at the heart of First Dates, it carries through to the hotel show. Series one was at Le Vieux Castillon in the south-eastern Langeudoc-Roussillon region of France.

This time, we're in southern Italy, near Naples. "It's the country of Romeo and Juliet, of argument and high emotion. Couples fight and then start kissing passionately," fizzes Fred, with no hint of hurt patriotism.

And as the love-seekers are flown to another country for several days, the experience takes on a different dynamic to the parent show.

"Because you are really on holiday, you clear your mind," says Fred. "All you concentrate on is your date and what's happening right there and then."

The group mingle for a few days, not knowing who their dates are. Water sports, sun-basking and cocktail-supping in a beautiful setting are on the agenda as they each try to guess.

Among them we see single mum Kaylee who only gets chatted up doing the weekly shop. Then there's Julian, a company director with a penchant for garish suits.

The same kind of people applies to both programmes, says Fred, and finding "the one" is "both art and science".

"There's always that element of chemistry that we will never be able to bottle. But we had this 70-year-old lady who wanted a black Rastafarian Elvis. And we got her that. On paper it was such an odd match but it worked!"

Fred professes to know instantly if a couple click. He's written a book called The Art of Love and is often asked for romantic advice. But Fred's never had a blind date and cites only once having had his heart broken – at 16.

"I'm no more expert than anyone else. But I am always candid, considerate and measured. I put myself in people's shoes; try to see the situation from a 360-degree angle.

"A lot of people have fears, are held down by a chain with a bullet. But it's about remembering you only have one life and doing what is right for you."

Away from TV, Fred's 20+ years in the restaurant trade have won him numerous awards, including Personality of the Year at the National Restaurant awards. And the Hilton vaunts him as a "dynamic and highly driven individual" with "boundless energy".

Fred's also a fervent amateur boxer who "spars" daily – and he gives back to society with charity work.

But all this raises the question of why he felt the need to go into TV.

"How could I not? It's fun and what a great job to have! You are there at the inception of something beautiful," he says.

"Life's all about taking opportunities as they come along and doing your best. I hate the words 'try', 'but', 'why', 'double-check'. They just denote failure. It's easy to be average. I have no time for this. We can all be who we want to be."

As for advice about romance he says: "I believe just a phone call or a text are lovely. Nice everyday things are enough, and not just for your partner. Show love to all you care for."