HE was the Italian design genius whose flamboyant style was adored by the likes of Naomi Campbell, Princess Diana, Elton John and Madonna.

Gianni Versace ruled the fashion world until he was shot dead on the steps of his Miami Beach home on July 15, 1997. He was 50.

Two decades on, the mystery surrounding his death has been turned into a nine-part BBC thriller called The Assassination of Gianni Versace.

Versace was killed execution-style, shot at point blank range in the back of the head as he opened the gates to his luxury, palazzo-style mansion.

Usually, Versace would have an assistant from his home walk to the coffee shop to get his morning papers, but he decided to go himself.

He was murdered by spree killer Andrew Cunanan, 27, who used the same gun to commit suicide on a houseboat eight days later.

Versace, who was openly gay, was Cunanan’s fifth and final victim. He left no note explaining his motive.

Over the years, various theories for the killing have been suggested.

Some believe it may have been a revenge mission and that Cunanan, who was gay, lashed out at his own community in the belief that he had contracted HIV. An autopsy after his suicide revealed he was HIV negative.

In 1997, Versace was at the top of his game both professionally and personally – he was in a loving relationship with his boyfriend of 12 years, Antonio D'Amico.

Versace was born in Reggio Calabria in 1946 and learned his trade at the kitchen table. His mum was a seamstress, and his dad ran a small store selling electrical goods.

Gianni was the middle child, his brother Santo was two years older, and his sister Donatella 10 years younger. Both siblings shot into the limelight because of their brother's fame – Donatella as his muse and right-hand woman and Santo as his business manager.

Versace was famed for his bold, lavish prints and wasn't afraid to break the rules when it came to fashion.

His attention-seeking garments and celebrity pals ensured his rapid rise to worldwide fame.

Some think his showbiz lifestyle is what drew Cunanan to him. It is unknown if the two men had met before the day of the murder.

Versace's house, the extravagant Casa Casuarina, was well-known in the area and he kept predictable habits, leaving the house at the same time every day.

Cunanan's first two victims were his friend Jeffrey Trail, who he battered to death with a hammer, and his ex-lover David Madson, who he kept hostage then shot.

Cunanan, who worked as a prostitute, then went to Chicago and beat tycoon Lee Miglin, 72, to death in the garage of his luxury home.

He made his getaway in Miglin's car and drove to New Jersey where he met his fourth victim, William Reese, a caretaker at Finn's Point National Cemetery.

By the time Cunanan got to Versace's home, he'd been evading capture for two months.

Vanity Fair writer Maureen Orth, who has published a book, Vulgar Favors, about the murder, believes he murdered Versace for the notoriety. 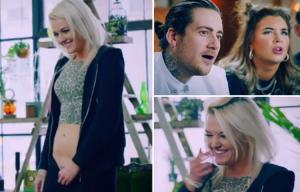 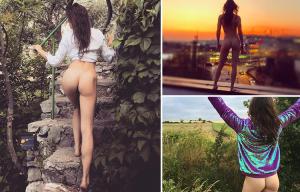 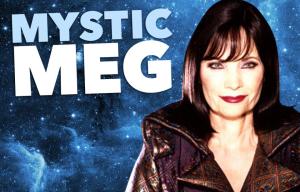 January 3: Someone you see as just a smooth operator turns out to be sincere 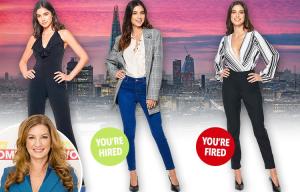 The Apprentice's Karren Brady on office outfits that give right impression 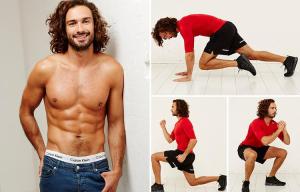 "He was willing to kill for fame. He wanted to be everything Versace was, but he wasn't willing to work for it," she said.

Meanwhile, the show's director, Ryan Murphy, said: "We're not interested in the killer-of-the-week approach. We're trying to understand the psychology of someone who would be driven to do those deeds."

The series will premiere in America on January 17, 2018 on FX. A UK date is yet to be announced but it’s expected in early 2018 and will air on BBC Two.

Model of the moment Kaia Gerber has also walked for the fashion house.