Home Entertainment Celebrity Here's why so many celebrities are writing 'Time's Up' on their Instagram... 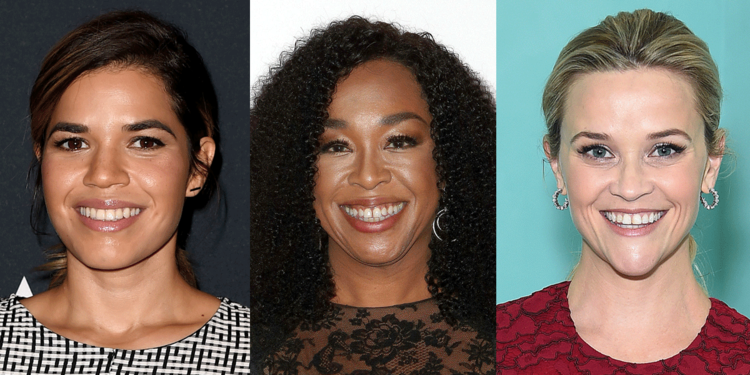 In the months since the New York Times reported sexual harassment, assault, and rape allegations against Harvey Weinstein, Hollywood has dealt with a feminist reckoning unlike any in modern memory. In the eyes of many, women in Hollywood have suddenly become the harbingers of justice, a new age of accountability. But these women have also realized that they only scratch the surface.

On January 1, the New York Times ran a full-page ad with the headline "Dear Sisters." The open letter — signed by over 300 prominent actresses, agents, lawyers, writers, directors, producers, and many entertainment executives — pledged support to working-class women dealing with inequality in the workplace.

Proud to be one of the 300+ plus women across film, tv, and theater in today's NY Times & La Opinion calling for the end of sexual harassment of women across all industries – #TIMESUP- donate to the 13 mil backed Times Up Legal Defense Fund now https://t.co/9qaN42VgHv – #2018 pic.twitter.com/wo8TWF5mm6

The letter also announced the formation of an initiative called "Time's Up," which aims to combat sexual harassment and systemic sexism in workplaces nationwide. Its website describes the organization as "a unified call for change from women in entertainment for women everywhere."

"The struggle for women to break in, to rise up the ranks and to simply be heard and acknowledged in male-dominated workplaces must end; time's up on this impenetrable monopoly," the letter reads.

A number of A-list celebrities and attorneys back the initiative.

INSIDER reached out to the organization for comment, but has yet to hear back. It is not clear exactly who started the initiative or the impact it will have in the future.

The letter states that the women were inspired to take action by the Alianza Nacional de Campesinas (The National Farmworker Women's Alliance), which penned a letter of support for Hollywood survivors in November.

Many Time's Up members also took to social media to promote the initiative and emphasize female support.

Got 3 copies of our letter in @nytimes today. One for me, one for my mom and one for my daughter to read someday. Emotional. Proud. Happy. Fueled. Ready. https://t.co/Z4MWKTzqE6 #TIMESUPpic.twitter.com/vD519dDCR5

I stand with women across every industry to say #TIMESUP on abuse, harassment, marginalization and underrepresentation. Join me! Sign the statement of solidarity & donate to the @TIMESUPNW Legal Defense Fund: https://t.co/tp9YDjZ0qwpic.twitter.com/KW2b5BGgbX

On Thursday, actress America Ferrera — who is described as "instrumental" in the Time's Up launch — joined the National Farmworker Women's Alliance president Monica Ramirez to discuss and defend the initiative.

"To receive a letter on behalf of 700,000 women working in the fields, women who put food in our supermarkets, on our tables, standing with us — it was such a moment of modeling what we need to be doing in our larger society," Ferrera says on the TODAY show. "It was such a signal to us that we couldn't do anything but respond. And not just with words, but with real action."

While the #MeToo movement continued the conversation surrounding sexual harassment and assault, Time's Up says its mission is to find solutions.

The members reportedly created a legal defense fund that will connect victims of sexual harassment with the appropriate lawyers. The fund has already raised over $14 million on GoFundMe through grassroots donations, along with contributions from heavy-hitters like Steven Spielberg and Meryl Streep.

These donations from all of you are wrecking me . THANK YOU for standing up to say: #TIMESUP – The @TIMESUPNW Legal Defense Fund provides subsidized legal support across industries to those who have experienced sexual harassment, assault, or abuse: https://t.co/bvd371K7Pfpic.twitter.com/WfVR6DJxOX

Although it's not clear exactly where the money will be funneled, the purpose is to "help low-income women, like the janitors, like the farm workers, like home health workers, who don't have the means to get representation that they need when they speak out and to assert their rights," according to Tchen, who is spearheading the Time's Up Legal Defense Fund.

In addition to the raising money, Time's Up groups will focus on reaching gender parity in the entertainment industry and emphasizing marginalized female voices — like those who belong to the LGBT community — among other goals.

Time's Up will be prominently featured at the Golden Globes this weekend.

Members are also using the red carpet to make a statement. Several actresses and actors will be wearing a Time's Up pin at the Golden Globes on Sunday to represent the movement. The move was spearheaded by Witherspoon and designer Arianne Phillips.

"I can't think of anything more appropriate than fashion brands who have built careers on the red carpet donating to the Time's Up legal fund, because as we've learned in the last year, there's nothing more powerful than how we spend our money," Phillips told the Hollywood Reporter. "I will take notice of these brands and want to do business with them."

The Golden Globes attire will also be distinctly monochromatic. The Time's Up website asks women to wear black to the award show to raise awareness.

"This is a moment of solidarity, not a fashion moment," Eva Longoria told the New York Times. "For years, we've sold these awards shows as women, with our gowns and colors and our beautiful faces and our glamour. This time the industry can't expect us to go up and twirl around."

Critics say that black is already a popular wardrobe choice, and that the move won't enact any real change in male behavior. But members think this action has power. Rashida Jones, a Time's Up member, recently responded to disapproval of the red carpet "blackout."

"This is not a silent protest," the actress tells InStyle. "Many women on the red carpet will discuss what's important to them about their choice to protest and wear black. We wear black to stand in solidarity with our sisters and to say time's up on this imbalance of power and the abuses that come with it, regardless of what industry you work in."

The Time's Up announcement reflects a cultural shift towards male accountability taking place in today's society — and marks a newfound vigor in women's efforts to support other women.

If you are a victim of sexual assault, you can visit RAINN or call its hotline at 1-800-656-4673 to receive confidential support from a trained staff member.