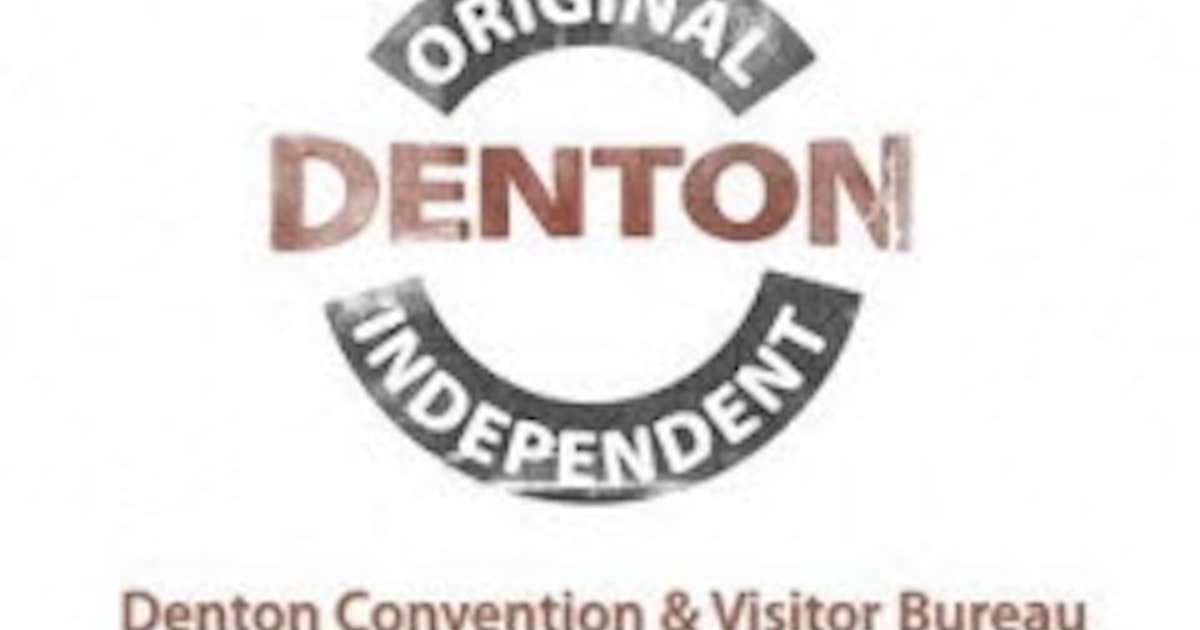 Campus Theatre dates are some of our favorites. We've seen many plays and musicals there over the years. While the neon marquee is a downtown Denton landmark, the theater didn't start out as a live performance venue. When it opened in 1949, the Campus Theatre was one of five movie theaters located right in what we consider the Square proper. In fact, the Elm Street side of the Square was known then as "Theater Row."

Hollywood actually arrived in Denton in 1909 when the first movie theater, the Princess, opened on the north side of the Square where the shop A Ghost Note is now.

A 20-year cinema lull ensued after the Princess closed in 1922, but in 1942, movie-going in Denton really took off. In Theater Row's heyday, the Fine Arts Theater, the Palace and the Dreamland lined Elm Street. On the Locust Street side of the Square was the Plaza Theater, and in 1949, the Campus Theatre opened as the big boy with 1,100 seats.

I cannot help thinking of George Bailey's Bedford Falls-turned-Pottersville when I try to picture that Denton. Imagine the Square as it must've looked then: garish neon lights, crowds clamoring for parking, lines outside theater doors, people jockeying for space.

By the mid-1950s, things started settling down a bit. Only the Campus Theatre and Fine Arts Theater remained. Talking to Dentonites who remember them, these were the Happy Days of Denton: Saturday cartoon and western double features for 50 cents, drug stores with soda fountains inside, mom-and-pop businesses thriving.

The Fine Arts Theater has never reopened, its marquee devoid of entertainment announcements for decades now. The Campus Theatre building stood vacant, haunted by rats and pigeons. There was no parking problem downtown as businesses struggled. Weeds grew between sidewalk cracks. Pottersville.

Then, in 1990, Denton resident Fred Patterson caught a vision and successfully mobilized DCT enthusiasts, the Greater Denton Arts Council, city leaders and other residents with the dream of renovating the Campus Theatre as a live performance venue that would reignite downtown Denton. He headed a capital campaign that raised $1.8 million and the Campus Theatre reopened in 1995, beautiful once again.

And that it did. The project unfolded just as Patterson imagined it would. The Campus Theatre's rebirth sparked Denton's return from the Pottersville decline to the happy days once again.

"Would Denton have survived without the arts? Probably," Barrow speculated. "We could be like a lot of other cities where not a lot is going on. We could have been unremarkable. But look around. The arts didn't just save Denton. Art defines us, always has and I think always will."

A landmark since 1949, the Campus Theatre marquee tells a bigger story than that of movies and live performance in Denton's life. Perhaps from now on, it will remind us of what could have been — a real-life Pottersville end to our original, independent sense of place. And we will swell with pride, gratefulness and appreciation for those who persevered so that ours today is indeed a remarkable, wonderful life in Denton.

KIM PHILLIPS is vice president of the Denton Convention & Visitors Bureau at the Denton Chamber of Commerce. She loves promoting Denton's original, independent spirit through the city's sense of place and cast of many characters. She can be reached atkim@discoverdenton.com.