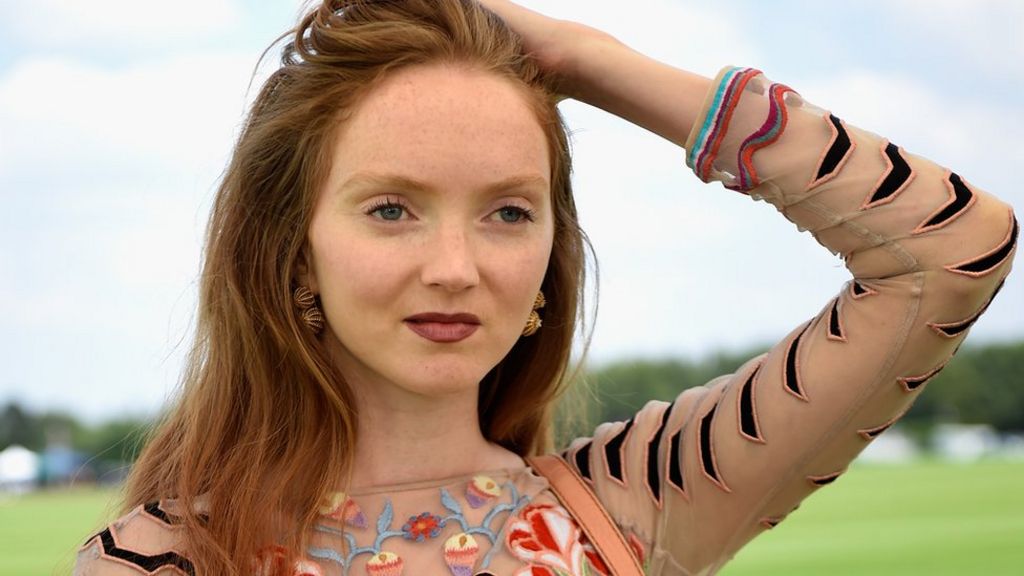 Actress and model Lily Cole has spoken about facing "prejudice" in a row over her involvement in events to mark the bicentenary of Emily Bronte's birth.

Cole has been named "creative partner" for the celebrations by the Bronte Parsonage Museum in West Yorkshire.

Bronte expert Nick Holland has quit the Bronte Society, saying the Wuthering Heights author would not have approved of a supermodel getting the role.

But Cole said the writer would not have judged any work "on name alone".

In her role, Cole is making a short film for the museum about Wuthering Heights anti-hero Heathcliff. It will also address gender politics and women's rights in the year that marks 100 years since women got the vote.

The Bronte sisters – Emily, Charlotte and Anne – initially published their work under pseudonyms so they would be taken seriously by the 19th Century literary establishment.

Cole said the criticism about her involvement made her wonder whether she should present her film under a pseudonym too, "so that it will be judged on its own merits, rather than on my name, my gender, my image or my teenage decisions".

She said: "I would not be so presumptuous as to guess Emily's reaction to my appointment as a creative partner at the museum, were she alive today.

"Yet I respect her intellect and integrity enough to believe that she would not judge any piece of work on name alone."

Cole, 30, made her name as a model in her teens, and has had acting roles in the 2007 St Trinian's film and Channel 5's Elizabeth I.

She graduated from Cambridge University with a double first in History of Art and is, she says, "an advocate for sociopolitical and environmental issues" through her skill-sharing app Impossible.

Nick Holland, who has published books on the literary sisters, wrote on his blog: "The central question should be, what would Emily Bronte think if she found that the role of chief 'artist' and organiser in her celebratory year was a supermodel?

"We all know the answer to that, and anyone who doesn't isn't fit to make the decision or have any role in the governance of the Bronte Society."

The Society, which runs the museum in Haworth, should have appointed a writer instead, he argued.

He concluded: "It's best that I leave the society now, before they announce James Corden as the creative partner for 2019, a year in which Patrick Bronte is being remembered, and Rita Ora as organiser for Anne Bronte's celebrations in 2020."

The Bronte Society said Cole's "innovative projects in the fields of literacy, nature, story-telling and the environment" made her a "perfect fit for Emily".

Emily Bronte, whose extraordinary novel Wuthering Heights has stirred the world for over 150 years, published her work under an androgynous pseudonym: Ellis Bell.

Writing in 1850, Charlotte Bronte explained why she and her sisters Emily and Anne all used pseudonyms: "We did not like to declare ourselves women, because we had a vague impression that authoresses are liable to be looked on with prejudice."

When I was asked by the Bronte Parsonage Museum to work on a piece to commemorate Emily Bronte's birth, I immediately thought of Emily's pseudonym, and what that gesture represented.

Why could a woman not publish under her own name? What was life like for women living in the UK in the 19th Century? What circumstances would also give rise to a child being found abandoned in a city in the 18th Century, as Heathcliff was?

Now I find myself wondering, fleetingly, if I should present the short film I am working on for the Bronte Parsonage Museum under a pseudonym myself, so that it will be judged on its own merits, rather than on my name, my gender, my image or my teenage decisions.

I would not be so presumptuous as to guess Emily's reaction to my appointment as a creative partner at the museum, were she alive today. Yet I respect her intellect and integrity enough to believe that she would not judge any piece of work on name alone.

In the meantime I am excited to see how much Emily still means to so many people, and I welcome 2018 to celebrate her.