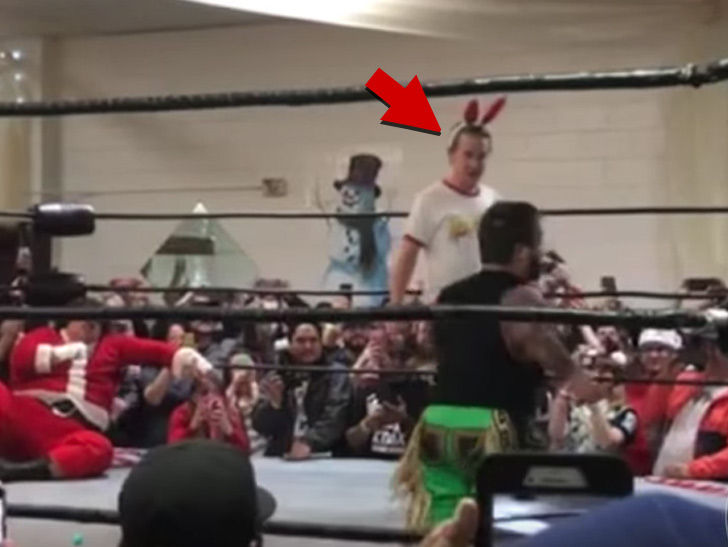 You guys give up or ya thirsty for more?!!?!

Macaulay Culkin channeled his inner-Randy Savage — and dominated a pro wrestling match in L.A. on Thursday, culminating in a move where the actor FLEW OFF THE TOP ROPE!

Culkin was ringside at Bar Wrestling … during a match between Joey Ryan, Candace Larae and Dick Justice VS. Peter Avalon, Ray Rosas and Swoggle.

In footage captured by ProWrestlingSheet, you can see Culkin — in a Rowdy Roddy Piper shirt — interfere with the match by using a trick from "Home Alone" … rolling marbles into the ring!!

He then zeroes in on Swoggle and hits him with a splash from the top rope while the crowd chants, "Home Alone!"

Soooo … bring on the Wet Bandits?!?

MasterChef star: ‘I thought I was dying’