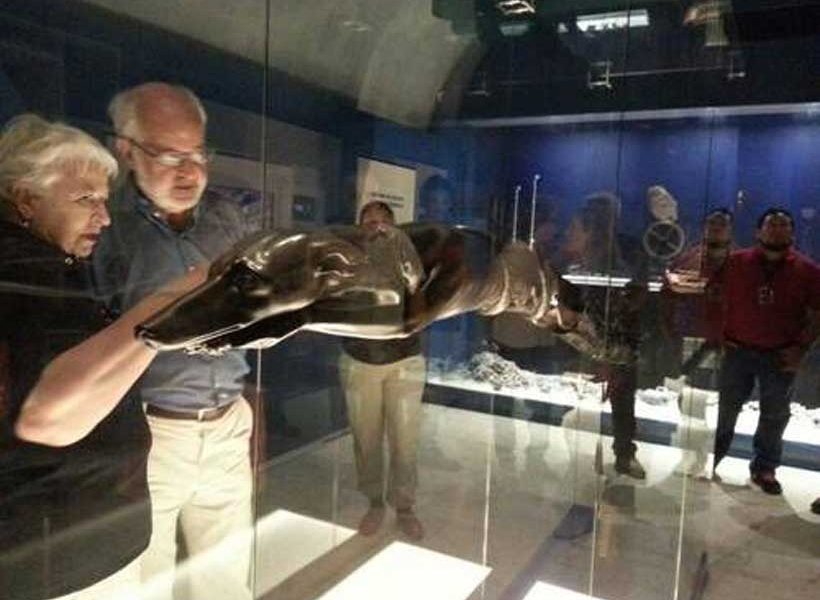 The museum was designated by the 6th session of the Meeting of States Parties to the 2001 Convention on the Protection of the Underwater Cultural Heritage as a Best Practice of access to underwater cultural heritage. It has been considered one of the most important in underwater archaeology in the Latin America and Caribbean Region by Xavier Nieto Prieto, Vice-President of the Scientific and Technical Advisory Body to the 2001 Convention (STAB) at the opening event, where Helena Barba and Michel L’Hour, also members of the STAB attended.

The Museum contains spectacular finds from Mexican cenotes and from historical shipwrecks as well as a collection that retraces all the Mexican history through the archaeological sites found under water. The Museum uses new technologies to reconstruct sites and is illustrated with different media platforms on the history of the discoveries.

Designed to preserve the underwater cultural heritage, the 2001 Convention seeks to promote public access to this heritage and to stimulate archaeological research. The Museum of Underwater Archaeology of Campeche is an example of how the submerged heritage can be shared with the society for its benefit and enjoyment.

The museum has also been evaluated as a Best Practice concerning Underwater Cultural Heritage by the STAB. The STAB is an Advisory Body compound of 12 experts elected by the Meeting of States Parties. It provides advice and assistance in technical matters in the national implementation of the 2001 Convention and in the observance of the Rules of its Annex in all activities directed at the underwater cultural heritage. The STAB recommended, during the 5th session of the Meeting of States Parties (2015), to promote examples of best practices worldwide. These initiatives include maritime heritage museums, scuba diving routes, virtual exhibitions, and other cultural activities.