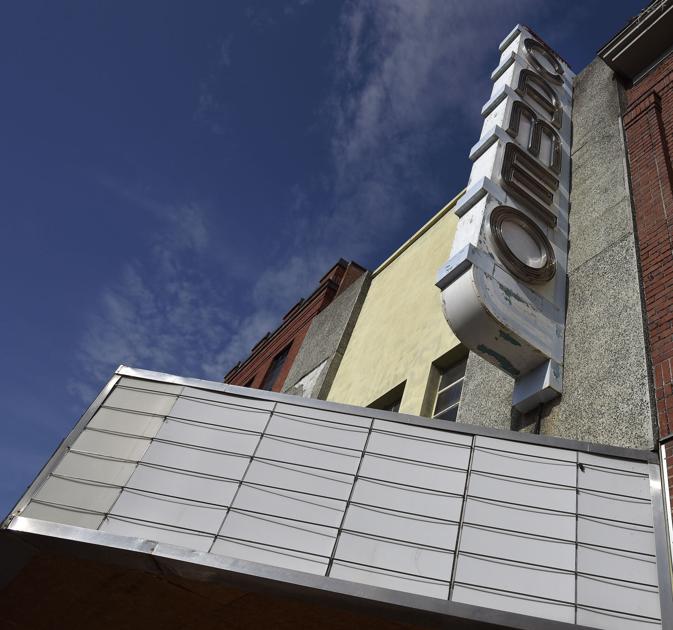 BRISTOL — A downtown Bristol building that once housed the historic marquee Cameo Theatre has been sold, and its new owner has big plans to bring the space back to life.

Brent Buchanan, manager of Oakley-Cook Funeral Home, purchased the building in October. The Bristol, Tenn., native conceded Dec. 19 that he never thought he’d own a piece of downtown Bristol history.

“The idea started a few years back when a good friend approached me and told me that I should buy the Cameo,” Buchanan said. “I laughed about it at first and probably a week or so later, I was sitting at home and thought long and hard about what I could do with the space.”

The sale was finalized in mid-October, and Buchanan has started meeting with contractors and others who are interested.

“The history of the Cameo is really special, and I felt like it needed to be preserved for years to come,” Buchanan said. “I want to bring it back to the proud times that it had. The building has fallen into some bad cosmetic issues and needs to be updated to 21st century standards.”

The 550-seat theater at 703 State St. was built in 1925 and ranks among the 15 oldest in Virginia, according to the League of Historic American Theatres.

The 9,725-square-foot theater predated the 1927 Bristol Sessions country music recordings by two years and the nearby Paramount Center for the Arts by six. Established as a vaudeville theater, it primarily attracted audiences and performers from passenger trains that once stopped nearby.

“You automatically feel that energy, even though it’s run down right now, when you walk into the theater,” Buchanan said. “I respect what everyone has done in downtown Bristol, but I have felt like there is that one little aspect missing, and that’s entertainment in downtown.”

He hopes to have a mix of live entertainment and movies.

Maggie Bishop, executive director of Believe in Bristol, which promotes downtown business growth, praised Buchanan and his efforts to revitalize the once booming venue.

“Believe in Bristol is excited for the revitalization of the Cameo,” Bishop said. “The Cameo was a staple to Bristol for so many years and there are a lot of people in the Bristol community that still have fond memories. Arts and entertainment opportunities, like those planned for the Cameo, are so important for rural communities to adopt because they spark meaningful experiences in both locals and visitors.”

Buchanan said he feels entertainment for many people in Bristol is lacking and he wants to change that.

“The Cameo will be that destination place where people want to come and buy a ticket to see quality entertainment,” Buchanan said. “There’s no reason why performers should not come to Bristol and be a part of who we are as a community.”

Buchanan has an opening date in mind but declined to say when.

“I am in the process now of getting estimates and fine-tuning some things,” Buchanan said.

An overall facelift of the exterior and interior, including fresh paint and renovations to the facade out front, will be done, he said.

“We will be keeping the Cameo sign, but the marquee will be updated,” Buchanan said. “The grand atrium needs a lot of paint and lighting work done.”

The royal blue seats are in good shape and will stay. The most extensive work will involve getting the restrooms back in working order.

“When we open our doors and people buy a ticket, I want them to be greeted by a great facility and entertainment,” Buchanan said. “I don’t want people saying that the music was great, but the restrooms were not. From top to bottom, we want to do it perfect and do it right.”