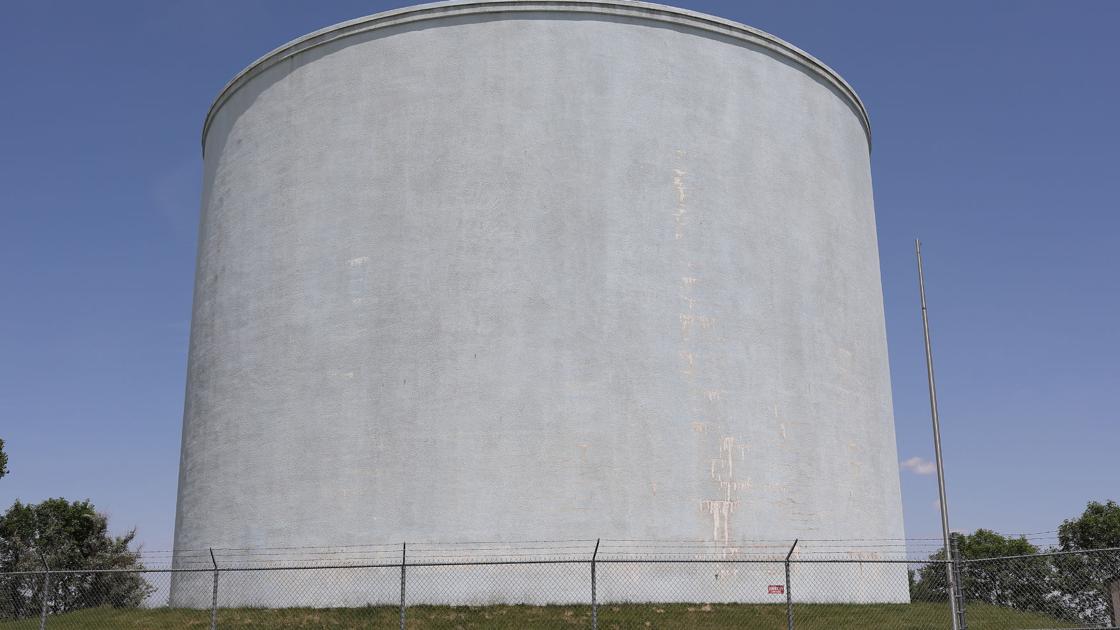 SIOUX CITY | Plans to place a tribute to the hit 1940s song "Sioux City Sue" on a water tank in Singing Hills could resurface at Monday's City Council meeting.

And they're likely to, once again, look a bit different than previous designs.

Councilwoman Rhonda Capron, who has been a leading proponent of putting a reference to the 1945 folk song by Dick Thomas and Ray Freedman on the prominent water tank in Sertoma Park, said she favors placing the words "Home of Sioux City Sue" on the side of the tank for passing traffic to see, coupled with an artistic painting of generic musical notes.

That idea is a slight change of course from a plan discussed by council members two months ago that would have put the city's name on the side and used actual musical notes from the song. Capron told The Journal Friday that the panel looking into the designs have backed off that idea because it could cost an extra $3,500 to $5,000 to obtain the legal rights for the music.

"We kind of nixed getting the rights to it because that was going to cost too much money," she said.

The council's discussion Monday will come as it votes whether to accept a bid of $95,640 to repaint the tank. That would include both the basic exterior coat and designs on the tank's side and top.

The bids have come in much lower than expected, with a low bid by Perry, Georgia-based Utility Service Co. Inc., sitting at $95,640 — more than 56 percent less than the engineer's original $220,000 estimate.

The tank, which is noticeable from the Highway 75 bypass, Interstate 29, Cone Park and Southern Hills Mall, hasn't been repainted since its construction in the mid-1990s. It would be the first to sport a city-funded painting design.

A panel comprised of Capron, city staff and private residents selected the idea to use a reference to "Sioux City Sue" as a nod to the "singing" in "Singing Hills," the name of the corridor where the tank resides. It's meant to be an eye-catching and distinctive feature for passersby to notice.

The 1945 tune by Dick Thomas and Ray Freedman is a slice of local history in that it put Sioux City on the map for some out-of-towners. The song was performed by several famous musicians, including Gene Autry in a 1946 movie of the same title.

Capron said Friday that the lower-than-expected bid may render a fundraising push unnecessary.

"It came so far under that I don't think I need to do the fundraising," she said, but added she is willing to proceed with the fundraising if the council so desires.

Water plant superintendent Brad Puetz said he wasn't sure why the bids came in so low. All but one of the seven bids the city received for the project came in below the engineer's estimate. Puetz said the city is familiar with the company, which also painted the elevated tank in Morningside.

If all moves according to schedule, the work could be completed by mid-October of this year.