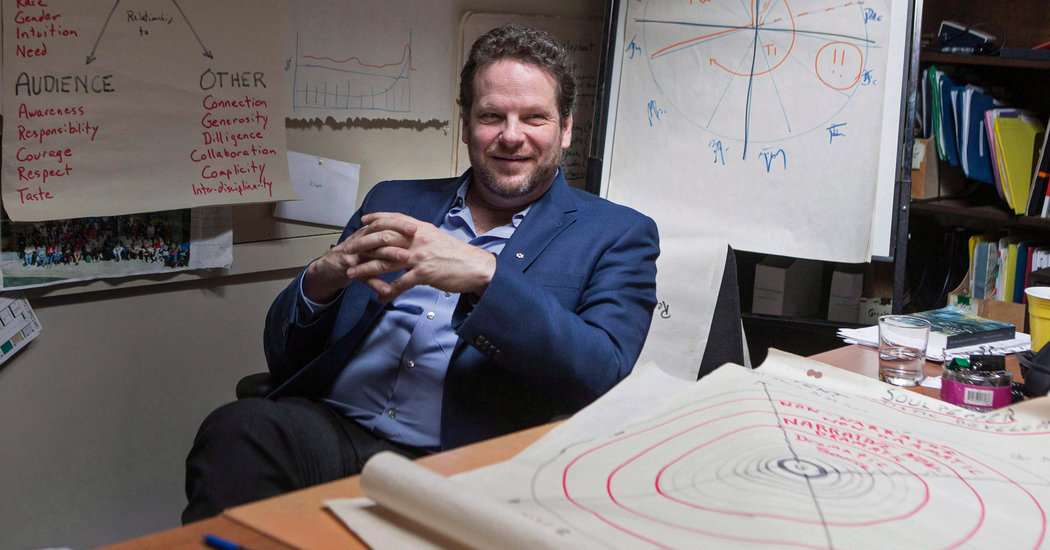 TORONTO — You could call it Canada’s Weinstein moment, take two.

One of the country’s most powerful theater directors, Albert Schultz, on Thursday resigned from his post as leader of the Soulpepper Theater Company after four actresses said this week that they had been sexually harassed, groped, touched and repeatedly propositioned by him over 13 years.

They filed a lawsuit against him and the company, a nonprofit he co-founded, for a combined $6.2 million, or $7.85 million Canadian dollars.

Mr. Schultz said he planned to “vigorously defend myself against the allegations that are being made.”

Before he announced his resignation, the actresses spoke at a news conference in the Toronto offices of one of their lawyers. They said they had felt emboldened to come forward now, in part, because of what they said was a culture shift that began in Hollywood, with actresses openly talking about the behavior of the producer Harvey Weinstein.

“The MeToo campaign has shown us for the first time that people are listening and that people care,” said one of the actresses, Patricia Fagan, who left Soulpepper in 2013, after 13 years working there.

The accusations against Mr. Schultz have made headlines across Canada and thrown the small acting community into turmoil. For many woman, a discomforting déjà vu hangs over the discussion.

In 2014, a number of women came forward to The Toronto Star, the country’s largest newspaper, accusing the former rock star and radio host Jian Ghomeshi of punching, biting, choking and suffocating them while on dates. One was a well-known Canadian actress, Lucy DeCoutere.

Mr. Ghomeshi was swiftly fired by his employer, the Canadian Broadcasting Corporation, despite his position that the sexual practices had been consensual — “a mild form of ‘Fifty Shades of Grey,’” as he posted on his Facebook account.

The case was front-page news for months, particularly after Mr. Ghomeshi was criminally charged by the Toronto police. And it set off a national soul-searching about the high rates of sexual assault in the country and the low numbers of criminal convictions.

For example, according to “It’s Never Okay,” an Ontario government report from 2015, one in three women in Canada experiences sexual violence in her lifetime, but only 3.3 percent of assaults are reported to the police and only 0.3 percent end with a conviction.

A Canadian version of #MeToo, called #BeenRapedNeverReported, flooded Twitter at the time, with millions of women telling stories of being assaulted and deciding not to report it to the police.

But the court case against Mr. Ghomeshi did not ultimately encourage more women to step forward. The testimony of one complainant after another was shredded by Mr. Ghomeshi’s defense lawyer, and he did not take the stand.

In a scathing ruling in 2016, the judge acquitted Mr. Ghomeshi and called the complainants’ testimony not just inconsistent, but “tainted by outright deception.”

The experience made some activists in Canada look at the growing movement across the border with trepidation.

“We’ve been here before,” said Farrah Khan, manager of the office of sexual violence support and education at Toronto’s Ryerson University. “We’ve had our watershed moment in Canada. We had this conversation. And what changed?”

The four actresses who have accused Mr. Schultz were all young and starting out their careers when they landed coveted spots at the year-round theater company, which Mr. Schultz started with others in 1998.

The power imbalance between them and Mr. Schultz, who took the company to New York last summer, was so great, they didn’t dare challenge him for fear of repercussions, said one of their lawyers, Alexi Wood.

“Albert Schultz wasn’t just their boss,” Ms. Wood said. “Mr. Schultz was their mentor, their guide, their teacher and an icon in the theater world.”

At the news conference, the women were joined by four fellow actors — three men and one woman — who all announced they would not work with Soulpepper until Mr. Schultz resigned or was fired.

“It is our hope we are the tip of the iceberg, rather than the whole story,” said Ted Dykstra, a Soulpepper co-founder and the husband of a plaintiff. “And, really, we’re here to support these women.”

A version of this article appears in print on , on Page A8 of the New York edition with the headline: Toronto Theater Director Resigns on Abuse Claims. Order Reprints | Today’s Paper | Subscribe