UFC's Tim KennedySpoil 'Star Wars' …And 'I Will F'ing Gut You'

That's Tim Kennedy — UFC and U.S. Army Special Forces vet — telling all the internet trolls what he's gonna do to them for spoiling "Star Wars: The Last Jedi."

Tim's a HUGE Sci-Fi guy … but says he still hasn't seen the movie 'cause he's too busy being a badass in the desert.

Kennedy tells TMZ Sports he's pissed 'cause he can't touch social media — "there's a bunch of a**holes out there trying to ruin it for people like me!"

So, if you spoil the party — like UFC contender Colby Covington did on Thursday — Tim says he's literally gonna cut you open and let you bleed out.

Yeah … the force is strong in this one. 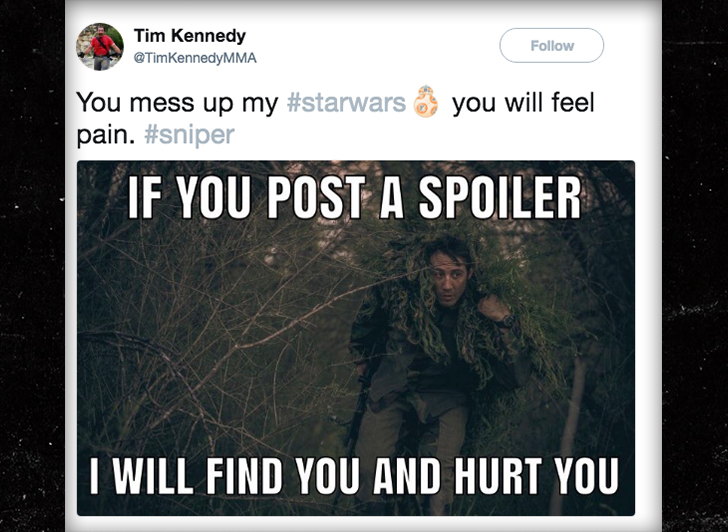 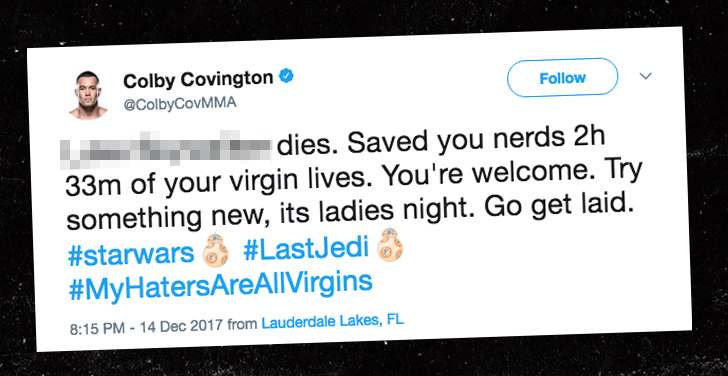