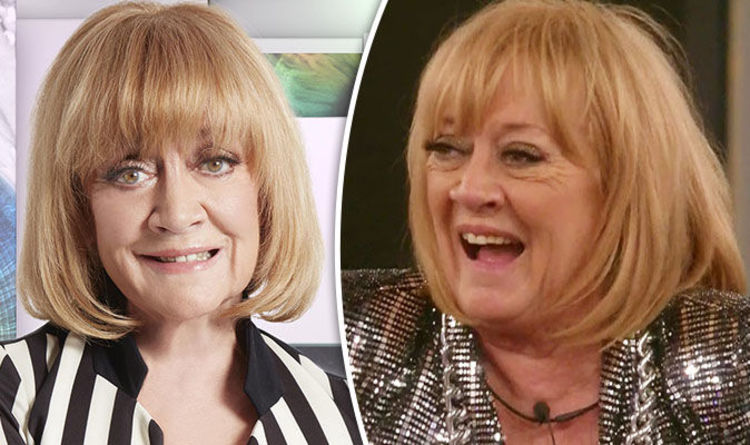 The TV veteran entered the Celebrity Big Brother house on Tuesday as part of an all-female line-up, but what do we know about the new housemate?

Who is Amanda Barrie?

Amanda is best known for starring in Coronation Street as Alma Sedgewick for 20 years.

She joined the soap in the mid-1980s before being offered a contract in 1988 and going on to become one of the soap's best-loved characters.

Who has Amanda Barrie been married to?

Amanda has been married twice. Her first marriage was to actor Robin Hunter in 1967 until he passed away in 2004.

Amanda famously came out as bisexual at the age of 67 after “keeping it a secret” during her younger years in TV.

She tied the knot again with long-term partner Hilary Bonner in September 2014 aged 79.

Amanda shed light on her sexuality in autobiography It's Not A Rehearsal, saying: “I was being hounded by people asking about my sexuality, which had always been a confusion to me, never mind anyone else. So I did the book because I thought, ‘I’m bloody well putting my side of how it is.’ I wanted it off my chest."

Where is Amanda Barrie from?

The actress began her stage and TV career in 1959, having professionally trained at Arts Educational School in London.

What has Amanda Barrie starred in?

Aside from Coronation Street, Amanda has also starred in the likes of prison drama Bad Girls, two of the Carry On films, and one episode of the BBC comedy series Are You Being Served?

Her most recent TV work includes an appearance in the second series of the Real Marigold Hotel.

Amanda and other celebrities including Bill Oddie and Paul Nicholas travelled across India to see if they would be able to hack retiring overseas.

The TV star has also appeared in a number of pantomime roles, including playing the Fairy Godmother in Cinderella in the Grand Theatre, Blackpool.

Why is Amanda Barrie taking part in Celebrity Big Brother?

At the age of 82, Amanda is the oldest contestant in the series so far.

The former soap star revealed she joined the series in a bid to “take her mind off of dying”.

She told the Mirror: “What keeps me working? I think it's occupational therapy to stop me thinking about death, really.”

She also confessed to signing up to the show to pay for her future care home fees, noting: “I had no intention of doing it [Celebrity Big Brother], but then I thought it could pay for my care home. It would be nice to have that independence."